HELLO (2018) 4min  HELLO is a multi-sensory video installation about a surprising interaction between two strangers, an adult and a young child. Sound was projected from above by a sound shower. Headphones were also available with an audio description track. HELLO exhibited 2018 at the Hedreen Gallery in Seattle and 2019 at Flux Factory in New York. 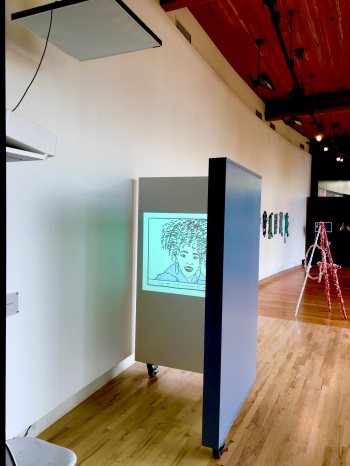 CASTING SHADOWS (2016) 20min CASTING SHADOWS is a multi-sensory video installation – a cultural conversation that considers themes of animal-human interdependence, aging and connection, family, the role of assistive technology, and home.

I Used to Think My Startle Response Was a Personal Quirk (2016) 4min This video comic was created for Sins Invalid and was also exhibited in the 2017 Out of Sight exhibition on Contemporary NW Art.

FURLED/UNFURLED (2015) 3min The video comic of my print comic by the same name. A series of items furled and then unfurled.

SINS INVALID (2013)  I am a featured artist in this documentary about legendary Disability Justice arts and culture organization Sins Invalid, from Berkeley, CA.

SECRET GEM OF THE CITY (2013) The video comic of my print comic by the same name. A story of two friends swimming at Seattle’s outdoor saltwater pool.

THE CHILI STORY (2010)  I created this video comic with Patty Berne and it was edited by Ralph Dickinson, both of Sins Invalid.

THIRD ANTENNA: A DOCUMENTARY ABOUT THE RADICAL NATURE OF DRAG (2001)

In 2001 with Drag Attack Productions I Co-directed and produced a feature length movie “Third Antenna: A documentary about the radical nature of drag”. Third Antenna features interviews and performance footage by drag queens, drag kings and gender performers of all varieties across the United States and parts of Canada.  We particularly focused on documenting the perspectives of performers on the ‘fringe’ of drag culture. The soundtrack for Third Antenna features music by 1774 and Tracy + The Plastics.

THIS IS THE PROMOTIONAL POSTER FOR THIRD ANTENNA. IT WAS DESIGNED BY JERRY BEARD. 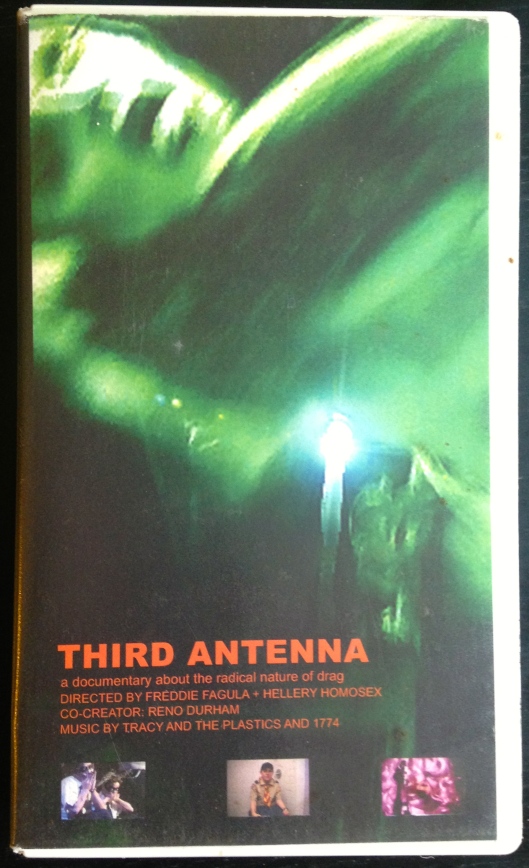